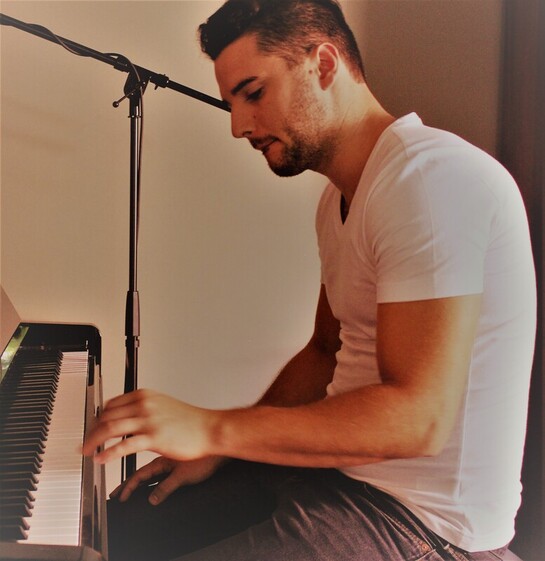 My trauma has given shape and meaning to both my life and my music. I respond to trauma by channeling my emotions into compositions and by talking openly about insanity as well as the violence that I have experienced in prisons and psych wards. If this isn’t something that is okay for you to read about please consider going straight to my music. If I’ve done anything right it should speak for itself.

There was a time in my early twenties when I lost touch with who and what I was. I spent days suffering profound psychological turmoil and was eventually taken to the psych ward. There I regained only the most frail and hollow fundamentals of a self in the form of physical boundaries - there are only so many hours you can spend in restraints, only so many times you can be tackled to the ground for injections before remembering that your body IS separate from the things around it and protecting that separateness is very important. In addition to some common cis male overconfidence, the more substantial aspects of who I was had always been defined by my “brilliant mind” that could “accomplish anything”. Now, for the first time ever I had to intervene in my thought processes, which had become not only incorrect but also endangered my life.
Trying to describe where this left me will only produce an understatement. I felt like I was nothing and couldn’t understand why I was still alive.
Hopefully this context cuts through the potential cliché when I say that music saved my life. I mean it sincerely and without hyperbole.
In the weeks and months that followed I poured most of every day into the piano. Any significant period of time since then where I am not engaging with my music for at least a few hours a day is a clear indication that I am not doing well. It is a profound and fundamental part of who and what I am.
My music credentials are not very impressive as I am almost entirely self taught. I began piano lessons at the age of four and ended them at the age of thirteen due to some less than ideal interactions with my teachers. The year after quitting was when I really fell in love with piano as I could finally play whatever I wanted - I immediately learned the second movement of Moonlight followed shortly thereafter by Rachmaninoff’s C# Minor Prelude which are probably my longest standing inspirations for composing. But it wasn’t just fumbling through more advanced pieces that brought me joy, it was practicing itself. I loved seeing the improvements of speed and quality in my scales, triads and arpeggios. I loved the patterns that emerged when moving complex chords from key to key.
In my later teens I took a few lessons to help me prepare for my Grade 9 Royal Conservatory exam but again found instruction less than motivating. When my teacher corrected a note I had been playing a semi-tone offset (this was common as my sight reading has always been miserable) I was surprised by the change and said offhandedly that I missed the dissonance my mistake had created.
The Response: “You want to re-write Beethoven??”
During my 20s in place of music school I spent months in prisons, psych wards and on house arrest. These events swallow up more than just the hours physically locked away since reconciling times of intense violence with the safety and privilege that I otherwise experience can be all-encompassing at times. ​
Luckily for me we live in a time when self-directed learning is far easier than ever. Thanks to people like Nahre Sol and Adam Neely, I’ve been exposed to musical theory and influences from all sorts of post-Chopin sources (I’ve had to put my composition experimenting with serialism on hold for the neighbors’ sake). Lately my biggest fascination is with retrograde which began when I first played one of my pieces backwards in a Digital Audio Workstation (DAW). I am now composing pieces specifically for this and look forward to sharing them.
Become a Patron!